How to Score the Best Deal on a Car in Israel 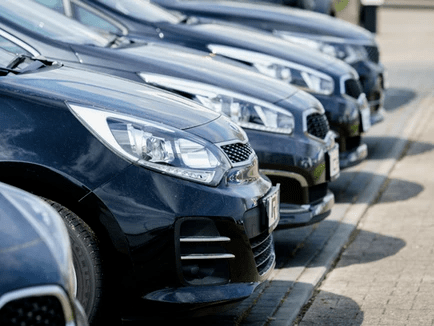 Whether you’ve just settled in the holy land (mazal tov!) or have been living in Israel for over 10 years (mazal tov!), some processes will always be challenging. Buying a car in Israel is one of those processes.

The car market in Israel is similar to that of the property market, in that it is a supply and demand-based market. This means that making the best purchase can be a very difficult goal to reach due to the fast-paced market environment. While one would expect to face a customer-friendly market, as is the case (almost) everywhere around the world, when buying a car in the holy land, Israeli attitude generally goes against the grain. Buyers end up facing more questions without getting any real answers. There are several possible reasons as to why this occurs.

At first glance, the Israeli car market is very… well, Israeli. Israel has a very small and fairly new market. Therefore it is prone to monopolistic situations while the State (the administration or the Knesset) is not always the one bringing a solution, and quite often presents the opposite.

To get more specific about the car market in Israel itself, it is a highly regulated and state-controlled market. For every brand, one exclusive importer is appointed by the Car Importer Association and then backed by the administration.

This particular market and the pertaining regulation laws make it very hard to go around the official importer. This resulted in a decision on behalf of the Knesset to pass a new law in which they voted to allow what they coined as “parallel importers”. This boils down to allowing a second party to import cars, instead of restricting it to one official importer. The goal of the law was to fight and prevent monopolistic situations. It was a total flop.

Importing a new car by yourself seems impossible. You will end up with infinite headaches and a much bigger bill than if you would have just gone to the local dealership in the first place. It’s also simply out of the question to import a second-hand car from abroad unless it’s a specific situation, like importing classic cars.

On the other hand, companies trying to compete with official importers run into obstacles managing the scarce volume of sales that exist here in Israel, as well as the services that need to be rendered once the car is sold.

All of this paves the way for understanding the current standing of the Israeli car market. What should be a seemingly straightforward process instead is very complicated, not customer-friendly at all, and quite frankly, almost impossible to navigate without a professional by your side. And all the more so for a new immigrant.

When buying a car in Israel you have several routes to choose from. There are official importers, the parallel importer, leasing companies, the secondhand “0 kilometers”, or a normal second-hand car.

The parallel importer works to bring in new cars from dealers or companies abroad, which means that they are not directly in contact with the car manufacturer.

Leasing companies in Israel are companies ordering a large amount of a specific model (normally the kind of cars that you would find at your local rental).

Second hand “0 kilometers” is an Israeli specialty. Basically, they are brand new cars, bought by Israeli companies from the official importer. However, the regulation states that every car sold by the official importer (no matter who is the buyer) can only be sold again as a second-hand car. Even if the engine was never turned on.

No matter which direction you choose to go, each and every option has its benefits as well its drawbacks. While the official importer will expect a much larger sum of money than the alternatives, it’s probably the only option with proper infrastructure in the country. On the other hand, competing companies can provide much better deals, but you are more likely to run into new problems with routine maintenance checkups, and complications when it’s time to swap in your car for a newer model.

Even more so, just choosing the car you want can put you in a difficult situation since a lot of popular cars from abroad are simply not available here. Another setback of the Israeli car market is that importers (official or not) bring in cars that are the most economically sensible for them, which isn’t generally reflective of the kinds of cars that customers prefer, causing them to settle for what is available. Car manufacturers themselves build their inventory according to specific areas (North America, Europe, Middle-East, Asia, etc.), so immigrants coming in may have different standards based on where they come from that differ from what is available on the market in Israel.

Once you finally choose your car, you will need to sort out costs and insurance.

More and more Israeli banks are denying loans to their customers for purchasing a car. Instead, the retail shop that you buy the car from will have banks that work alongside their company. Insurance comes down to knowing the right broker and making sure their priority lies with guaranteeing you the best offer and services and not with making money.

All in all, whether you’re looking to secure the best deal, to fulfill a very specific need, or to accommodate your personal situation (receiving tax discounts, for example, for new immigrants), a professional car broker is your best ally in beating the market prices. A professional will have both the knowledge and resources to deliver the best deal for you and your family. It will be a one-stop shop where all your needs and requests are met.

If you’re looking to buy a car in Israel, Daon Group would be more than happy to put you in touch with some of the most skilled professionals in the industry.