Up-and-Coming Areas in Tel Aviv: Where You Should Invest Next 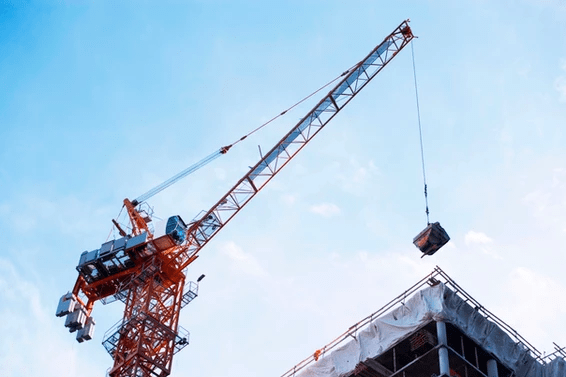 There’s a joke that the mascot of Tel Aviv is a crane, and from nearly any vantage point of the city skyline, you’ll see that this is true. Development is taking place all over, and if you’re like us, you want to know where the best areas to invest are.

There are several neighborhoods in Tel Aviv which are experiencing a boom in development, and where you are more likely to see higher yields in your investment(s). Thanks to the government working with the local municipality, urban renewal construction is modernizing the city and increasing value in real estate. Older and cheaper apartments often make great investments, if they are approved for TAMA 38 reconstruction in order to make them structurally sound.

Here’s our list of the most promising neighborhoods to invest in Tel Aviv:

People now call Florentin the “Soho of Tel Aviv” due to the youthful, hipster vibe it gives off. Historically, Florentin is known for being a low-income neighborhood predominantly populated by immigrants. Previous attempts to gentrify the area in the 1980s were unsuccessful; however, today the once worn-down Florentin is drawing in many newcomers, becoming very popular with artists who use the crumbling walls of abandoned buildings as a canvas.

The streets are now dotted with cafes, restaurants, specialty shops, art studios, and bars which provide a perfect atmosphere for the cultural scene that its young residents are looking for.

With the growing popularity of Florentin, it is worthwhile considering making an investment in real estate. Prices continue to rise across Tel Aviv, but here it is still relatively inexpensive compared to other neighborhoods. Holding onto a property in this area for a few years has potential for a high return as people will continue to pay rising costs to live in one of the hottest neighborhoods of Tel Aviv.

The Old City district, once ridden with crime and violence has undergone a period of cultural revival for some time. The municipality has gone to great lengths to gentrify and redevelop infrastructure in low-income areas to draw in artists and raise the socio-economic level. Visit the Clock Tower Square by the port and you can see the effects for yourself; for example, where the once abandoned Kishle building stood, a luxury boutique hotel now resides.

Classic homes on uncrowded streets mixed in with modern skyscrapers and commercial centers. This is what you can expect to find in the neighborhood of Montefiore. Located in the east of Tel Aviv, Montefiore is a beautiful, quiet area bordered by the Ayalon Highway to the east and the Sarona neighborhood to the west.

The city master plan includes some large projects for Montefiore, like converting old automotive repair buildings on Yitzhak Sadeh St. into a center for commerce and entertainment.

If you’re looking for something a little more traditional, look no further than Kerem HaTeimanim, a part of the city where time has seemed to slow down. Kerem HaTeimanim means ‘Vineyard of the Yemenites,’ and it’s known as the Yemenite Quarter of Tel Aviv.

The neighborhood has remained nearly untouched by modern development for decades despite being tucked in between the Carmel Market and commercial hub of Allenby Street, which is part of the allure that now makes it a promising area for investment.

This up-and-coming area in East Tel Aviv is perfect for investors and buyers alike. Yad Eliyahu is quickly becoming one of the most popular neighborhoods for young couples and families to settle down.

Many of the apartment buildings are decades-old and are in need of structural redesign, and with the help of several urban renewal companies, there are some big development projects in the works. Investing in an older apartment in this area can have a large payoff because these redevelopment projects will add space to existing units and create a modern, vibrant atmosphere that will attract new residents and cause real estate value to rise.

Despite the scarcity of land, Tel Aviv is perpetually developing and redeveloping, providing a plethora of investment opportunities. What is most important when considering where to invest your money is performing your due diligence. When you decide on an area, researching the demographics; future plans for development; and following the trends of property values are just a few of the factors which will make your investment a successful one.